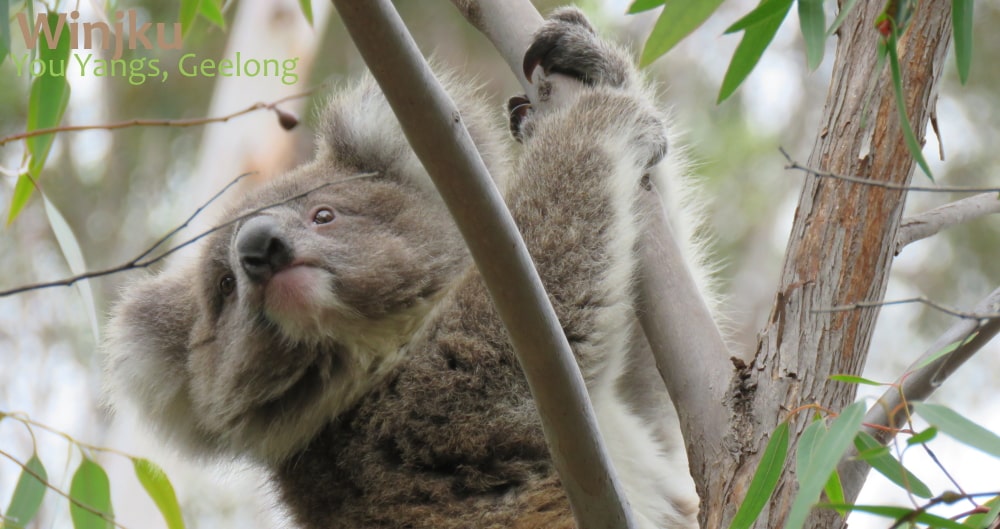 Defence Housing Australia have withdrawn a plan to develop a former rifle range known to be important habitat for koalas, due to public pressure. A petition to stop the development gained over 100,000 signatures. SBS News

Coastwatchers have been awarded commonwealth funding to use citizen science to test viability of koala habitat within Eurobodalla Shire – particularly Deua NP, Moruya SF & Dampier SF – in southern NSW. This follows 2 recent sightings of koalas in the area – the first for years. Narooma News   Facebook

Call for Koalas to be listed as Endangered 19 Feb

WWF’s Dr Stuart Blanch told a federal government enquiry that up to a third of NSW koalas may have been killed this summer and called for another NSW state census of koala numbers. The committee is due to make a report by mid-2020. ABC News

Wildlife Preservation Society of Qld have produced a planting guide for the Scenic Rim area of SE Qld, including suggested trees for koalas. WPSQ

Hulse L, Beagley K, Ellis W, Fitzgibbon S, Gillett A, Barth B, Robbins A, Pyne M, Larkin R, and Johnston S (2020) EPIDEMIOLOGY OF CHLAMYDIA-INDUCED REPRODUCTIVE DISEASE IN MALE KOALAS (PHASCOLARCTOS CINEREUS) FROM SOUTHEAST QUEENSLAND, AUSTRALIA AS ASSESSED FROM PENILE URETHRAL SWABS AND SEMEN. Journal of Wildlife Diseases https://doi.org/10.7589/2019-03-062
____________________________________________
Declining population sizes of koalas in SE Queensland, Australia can partially be attributed to chlamydiosis, with the majority of epidemiological studies focusing on the prevalence of infection and associated pathology in female koalas, with lesser attention given to males. We aimed to explore the epidemiology of Chlamydia pecorum infection in the male urogenital tract from wild (hospitalized and free-ranging) koalas in SE QLD. Although 67% of male koalas were infected with C. pecorum in their urogenital tract and 55% were shedding the organism in their semen, only a third of the males sampled presented with overt signs of urogenital disease. Infection with C. pecorum was lower in populations from rural locations, compared with periurban locations, with a corresponding low association between urogenital infection and clinical disease. The presence of C. pecorum in penile urethral swabs was a good predictor of the presence of C. pecorum in semen, with a significant correlation (P=0.006) in 58% of males. In contrast, the C. pecorum load in penile urethral swabs was not a good predictor of the C. pecorum load in semen, with no significant correlation. In addition, 57% of male koalas had large numbers of bacterial copy numbers in the penile urethra (upper quartile) and 40% shedding into semen with no overt signs of disease. Investigation of the association of C. pecorum infection, body condition score, and age revealed that the highest incidence of urogenital infection occurred in males with the lowest body score (1 out of 10). Furthermore, 63% of sexually mature male koalas (>2 yr old) had urethral infections and 50% had C. pecorum in their semen. Our study suggested that the role of chlamydia in male koala infertility has been previously underestimated.

Seddon J.M., Schultz B. (2020) Koala Conservation in Queensland, Australia: A Role for Assisted Gene Flow for Genetic Rescue?. In: Ortega J., Maldonado J. (eds) Conservation Genetics in Mammals. Springer, Cham link
____________________________________________
The koala is an iconic Australian marsupial that is facing declining populations through habitat loss, disease and predation. Genetic diversity is expected to decline in small, isolated populations, and this is already evident in some restricted koala populations. Gene flow among patches is essential to maintain genetic diversity, and while this can be achieved through habitat connectivity and reduction of threats, a more active approach of assisted gene flow can be considered. Here, the koala population is evaluated for its readiness to undergo purposeful movement of koalas in the processes of genetic rescue and genetic restoration. There is limited data on the fitness consequences of low genetic diversity or hybridisation in koalas, and no known adaptive alleles. However, the adaptability of the koala to captive conditions might assist a living genome bank approach.

Every month we will feature a koala scientific paper from the past that has particular interest or relevance.

The koala (Phascolarctos cinereus), one of the world’s most iconic faunal species, was recently listed under Australian government legislation as vulnerable in the northern states of Queensland and New South Wales and in the Australian Capital Territory, but not in the southern states of Victoria and South Australia. This review synthesises empirical evidence of regional koala population trends, their conservation outlook, and associated policy challenges. Population declines are common in the northern half of the koala’s range, where habitat loss, hotter droughts, disease, dog attacks and vehicle collisions are the major threats. In contrast, some southern populations are locally overabundant and are now subject to managed declines. The koala presents the problem of managing a wide-ranging species that now primarily occurs in human-modified landscapes, some of which are rapidly urbanising or subject to large-scale agricultural and mining developments. Climate change is a major threat to both northern and southern populations. The implementation of policy to conserve remaining koala habitat and restore degraded habitat is critical to the success of koala conservation strategies, but habitat conservation alone will not resolve the issues of koala conservation. There needs to be concerted effort to reduce the incidence of dog attack and road-related mortality, disease prevalence and severity, and take into account new threats of climate change and mining. Many of the complex conservation and policy challenges identified here have broader significance for other species whose population trends, and the nature of the threatening processes, vary from region to region, and through time.