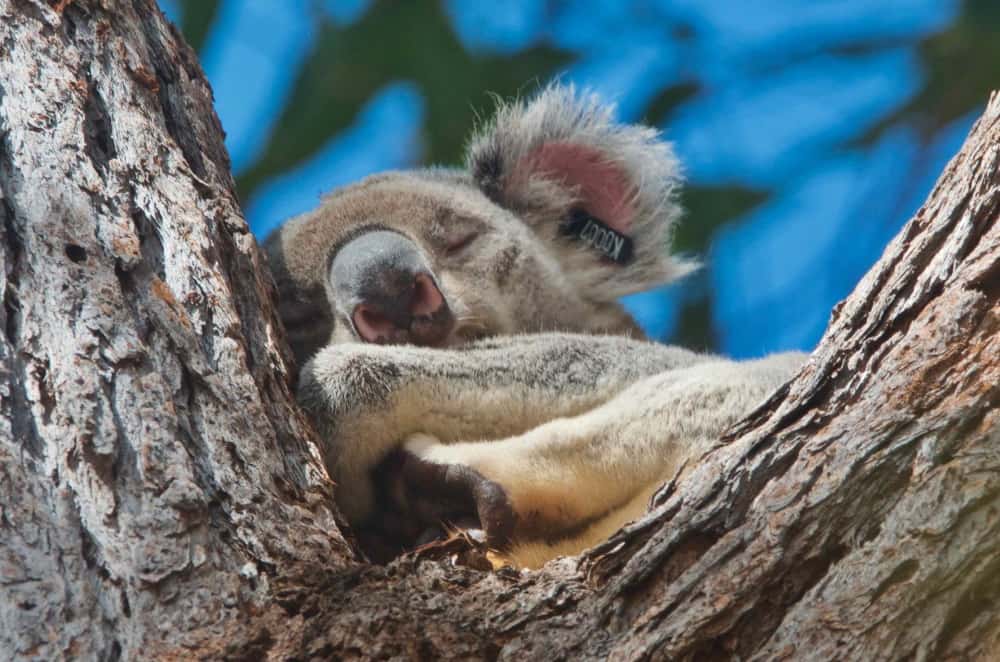 Sixth day out of 10 of posting the story and photos of a beloved wild koala from Noosa National Park, before International Wild Koala Day, May 3rd, 2020. 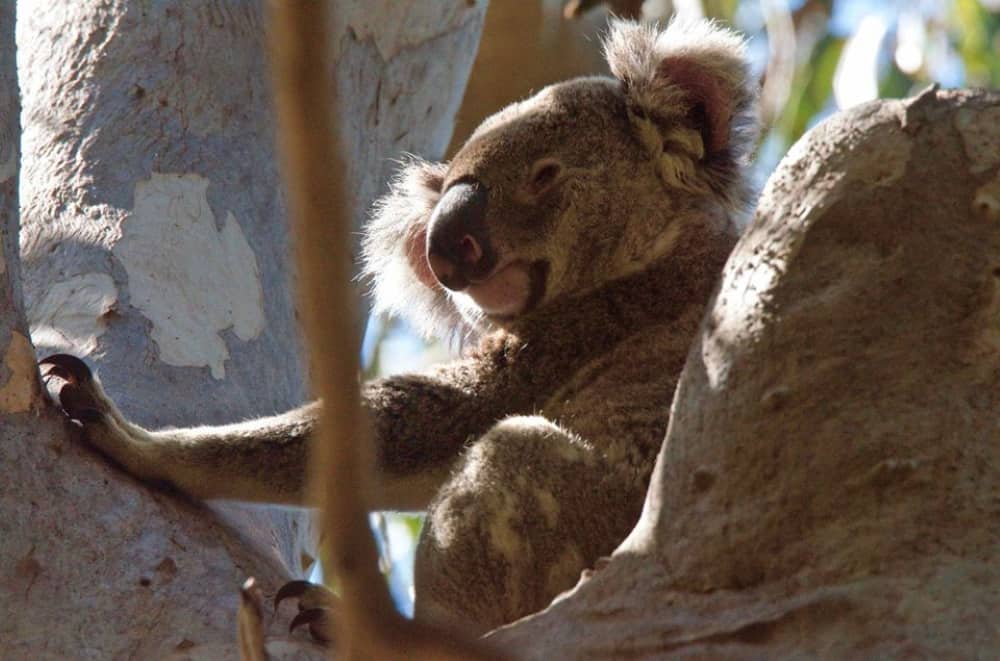 Hilaire came back from Noosa Hill area to investigate TTB and its twisted tree on the ocean side, that was loved by many koalas like Cuddles, Aggie, Koolah… Then I had the ‘good idea’ to break ligaments on my ankle at volleyball and to be bitten by my lovely cat. After a few operations and several months, I was able to resume photographing my beloved koalas.

On 15/06/2019 it was sadly the last day of our beautiful mum Aggie in Boiling Pot where she was rescued and photographed by Meghan Halverson, our President of Queensland Koala Crusaders. 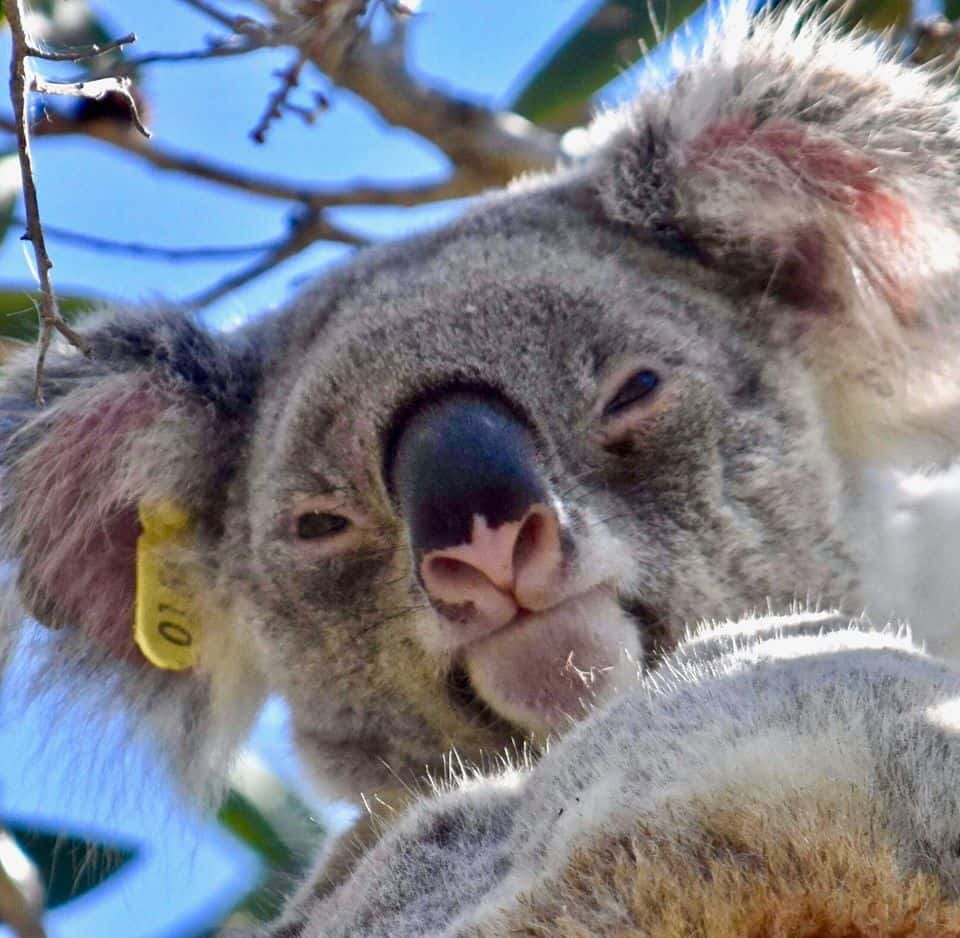 On 30/06/2019 poor Hilaire was found sick in TTB on the ocean side. We rescued him the day after but very sadly he didn’t make it.

On 01/08/2019, responding to a call from Fiona Clark from ficlarkphotography we rescued a new boy at the TTB clearing as he was showing some bad conjunctivitis in one eye. We called him Teaboy.

While we rescued Teaboy we spotted another new male koala across the same clearing! A little girl called Allegra wished he was called by her name but as he was a boy we settled for Allegro. He had a red tag in his left ear that we couldn’t read. 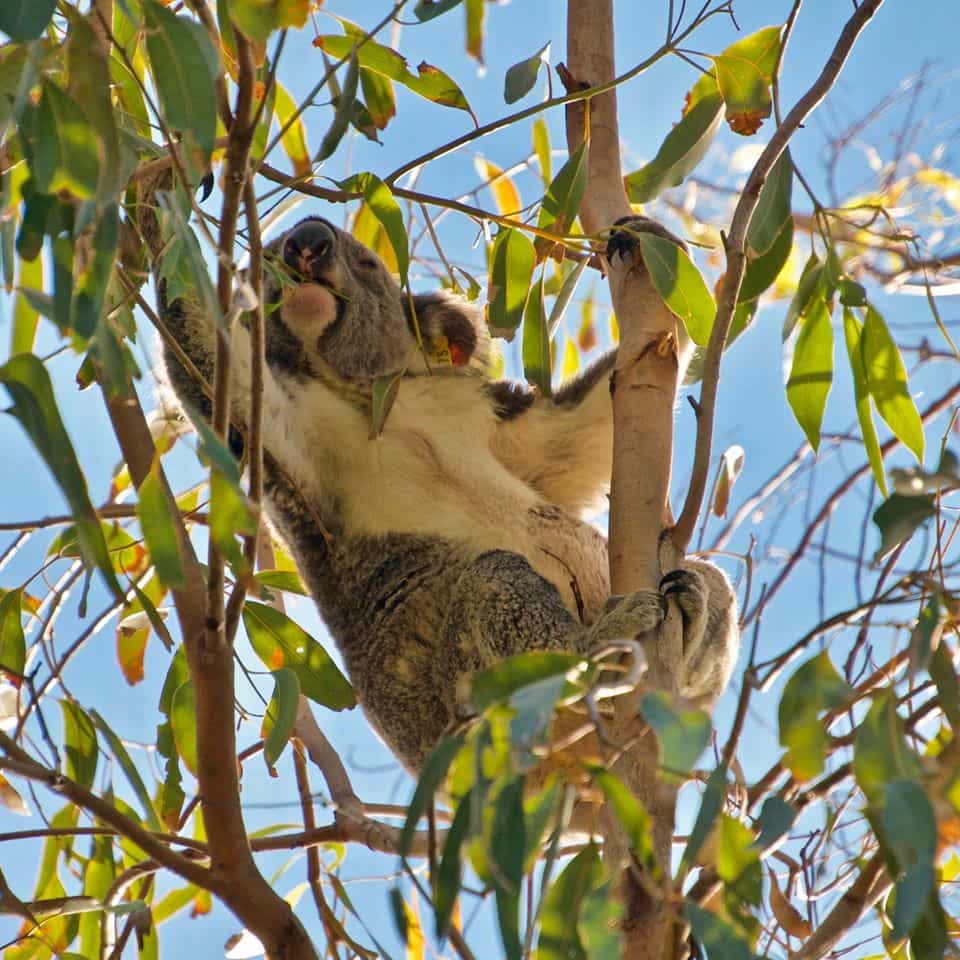 Koala sightings and rescue has its highs and lows. We loose too many poor koalas from sickness in Noosa National Park but to compensate it’s a real joy to see new ones and we need it so much for some sanity!

Now to some findings. Thanks to Rachel Lyons from Wildcare who investigated for us the origin of Bumpy and Allegro who appeared from nowhere we knew about in Tea Tree Bay. Bumpy’s real name is Zahra, red tag M207 in right ear. 6 year old. Captured in bushland behind Banksia Ave, Noosa. She was treated for chlamydia.� Allegro’s real name could be Doncaster (8.5yo) hit by a car on Eenie Creek Rd and treated at AZWH. Red tag in the left ear should be 2816. Detective job required here!

And to end up with some entertainment I wish you to bump one day into Darren the didge man from Eumundi playing to perfection his didgeridoo under the sunset in Noosa National Park. Priceless!!!

Enjoy another beautiful day and see you again tomorrow for photos of day 7 where I’ll cover some more exciting sightings. 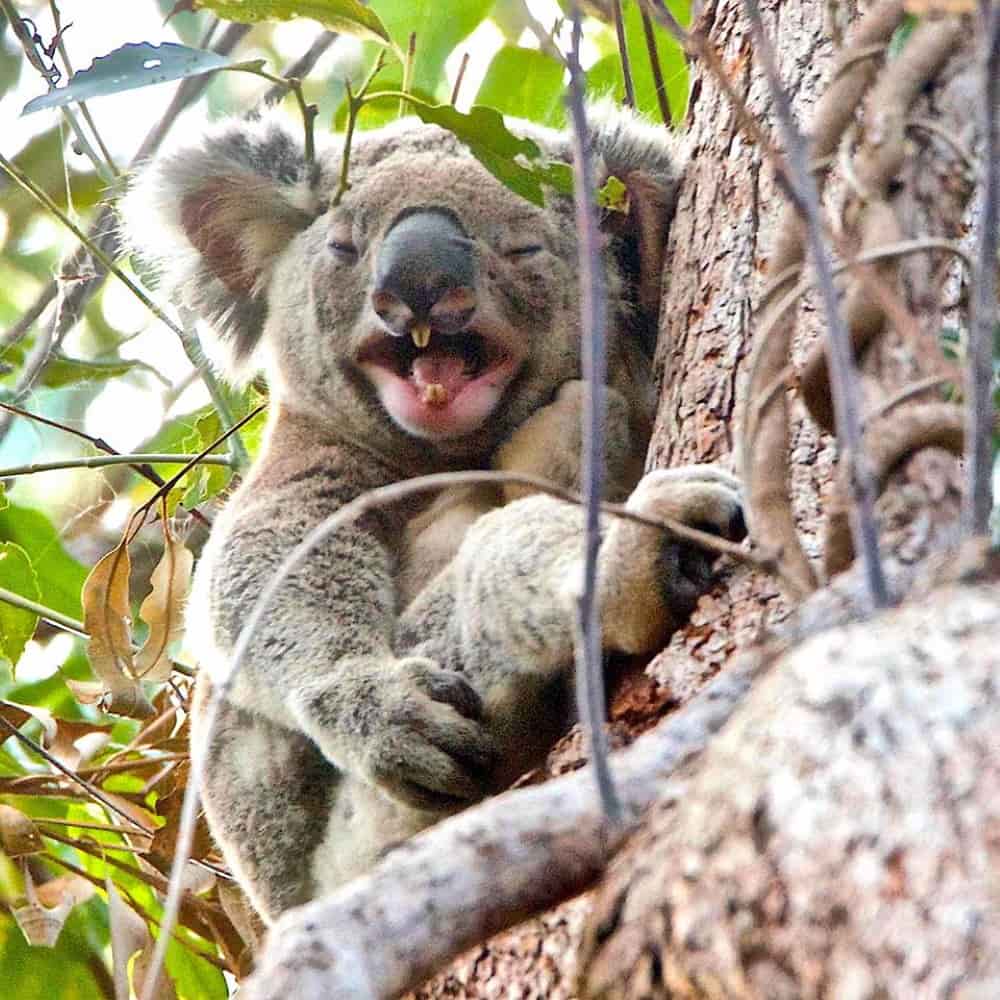