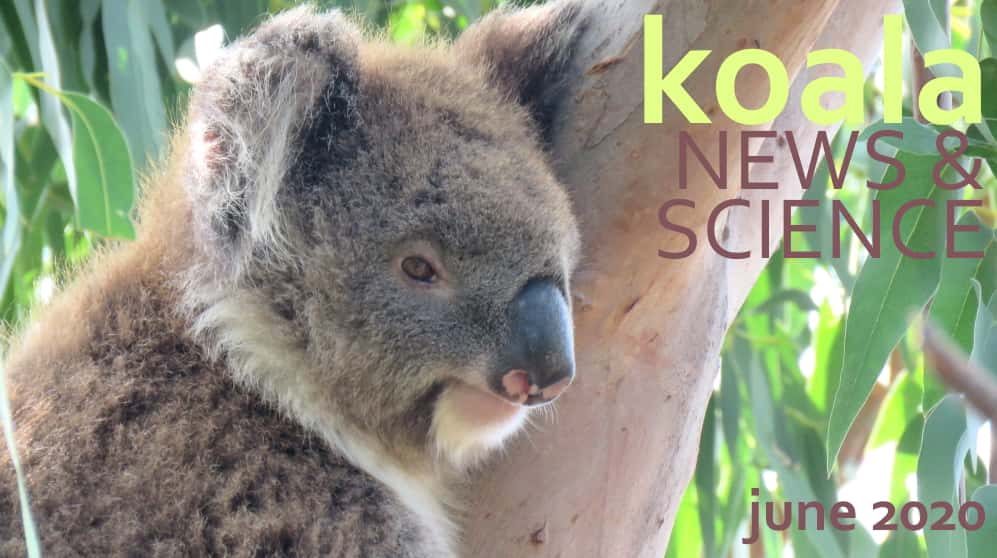 The year-long multi party inquiry calls for urgent government protection of koala habitat, and says that current strategies are not working.  The Guardian

6000 trees on Pat Rafter’s property in northern rivers gets the group to 50,000 trees since March 2018 Echo Net Daily

Trees will be planted mostly across Western Sydney by Landcare groups, with a further 72,000 planted by Greening Australia in parks & schools Landcare NSW

Forests are becoming increasingly fragmented, primarily because of their conversion to production landscapes. Animals occupying modified landscapes may need to expand their ranges and move longer distances between remnant forest patches to find resources. The establishment of plantations in fragmented landscapes, however, may provide complementary habitat for wildlife and improve connectivity, reducing the amount of movement required. Our objective was to determine the influence of plantations on koala (Phascolarctos cinereus ) habitat use and test 2 competing hypotheses on the relationship between plantations and range size. We deployed global positioning system and very high frequency collars on 40 koalas in 2 landscapes (plantation and non‐plantation) in Victoria, Australia. From 68,216 tracking points collected over an 8‐month period, we calculated and compared seasonal home range size and habitat use between landscapes. There was no difference in range size, the size and number of core use areas, or the distance between core use areas between plantation and non‐plantation landscapes. Plantations extend existing koala habitat and facilitate koala movement through a landscape; however, remnant native vegetation is still more frequently used. Consequently, native vegetation (even fragmented, linear roadside vegetation) is of high conservation importance for the persistence of koalas in modified landscapes. © 2020 The Wildlife Society.

Key results: Forest cover had a positive influence on koala site occupancy, whereas road length had a negative effect. There was an interaction effect of fragmentation and daytime noise. In highly fragmented landscapes, site occupancy decreased with increasing noise. In landscapes with low fragmentation, daytime noise had no influence. The proportion of preferred food trees at a site, and watercourse length in the landscape also had no effect on koala site occupancy.
Conclusions: Koalas are most likely to be present in landscapes with at least 60% forest cover, few roads and no anthropogenic noise.

Despite being a charismatic and well-known species, the social system of the koala (Phascolarctos cinereus—the only extant member of the family Phascolarctidae) is poorly known and much of the koala’s sociality and mating behaviors remain un-quantified. We evaluated these using proximity logging-GPS enabled tracking collars on wild koalas and discuss their implications for the mating system of this species. The frequency and duration of male-female encounters increased during the breeding season, with male-male encounters quite uncommon, suggesting little direct mating competition. By comparison, female-female interactions were very common across both seasons. Body mass of males was not correlated with their interactions with females during the breeding season, although male size is associated with a variety of acoustic parameters indicating individuality. We hypothesise that vocal advertising reduces the likelihood of male-male encounters in the breeding season while increasing the rate of male-female encounters. We suggest that male mating-season bellows function to reduce physical confrontations with other males allowing them to space themselves apart, while, at the same time, attracting females. We conclude that indirect male-male competition, female mate choice, and possibly female competition, mediate sexual selection in koalas.