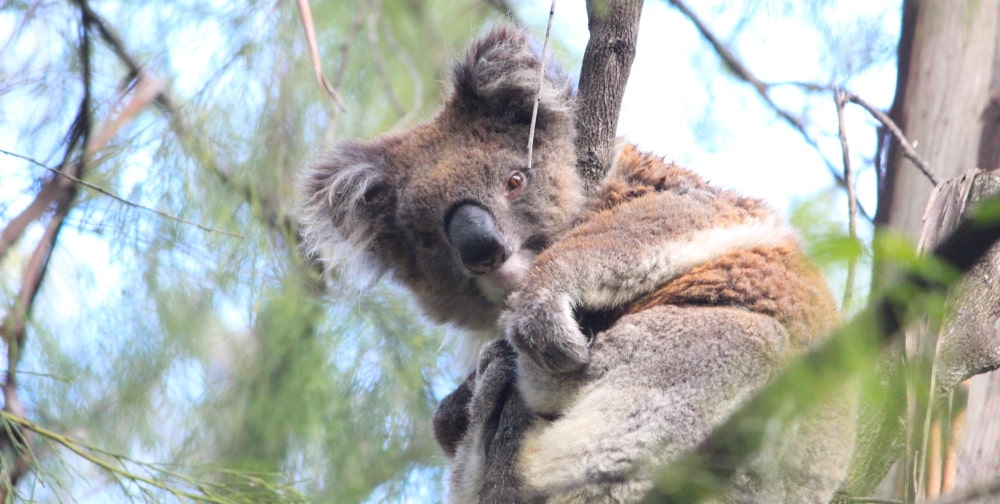 Koalas Need More Than A Population Census: An Open letter to the Federal Environment Minister

We, the undersigned, who are leaders in koala conservation, habitat revegetation, rescue & rehabilitation, representing every state within the koala’s range, call on you to immediately halt land-clearing & development in koala habitats.

We would be thrilled to welcome your announcement of funding for koalas, but can only do so when you take action on the primary cause of koala decline: habitat loss.

Nearly a decade ago, in 2011, the Federal Government Threatened Species Scientific Committee called for action to avoid “further loss, fragmentation and degradation of habitat critical to the survival of the koala”.

That did not happen. Instead, it got worse. There are now two separate nominations to up-list koalas from Vulnerable to Endangered.

Degradation of koala habitat has increased under your government, and continues right now. Koalas cannot wait for a national count to reveal their numbers. They’re on a knife-edge now.

Koalas, and the people who speak for them, need more from you than a population census.

We will not be diverted. We have no time for ‘trade-offs’ or ‘lines in the sand’. Koalas need action now, before it’s too late.

Facts You Should Know:

• The biggest causes of koala decline are habitat loss & degradation, climate change, disease, dogs and motor vehicles,
• Habitat loss from native forest logging, land-clearing for housing, industry, agriculture and mining, forest clearing for roads and railways in koala habitat are the biggest threat to koalas,
• Bushfires and droughts resulting from climate change cause rapid koala population declines, as we witnessed after the devastating 2019/20 bushfires which killed at least 6382 koalas in NSW alone,
• New South Wales koalas are predicted to be extinct by 2050,
• Queensland’s koala population is in a spiral of escalating decline, also heading towards extinction,
• Koala populations in Victoria and South Australia face many of the same threats as their northern counterparts,
• Revegetation alone will not save koalas.

We call on you Minister to: 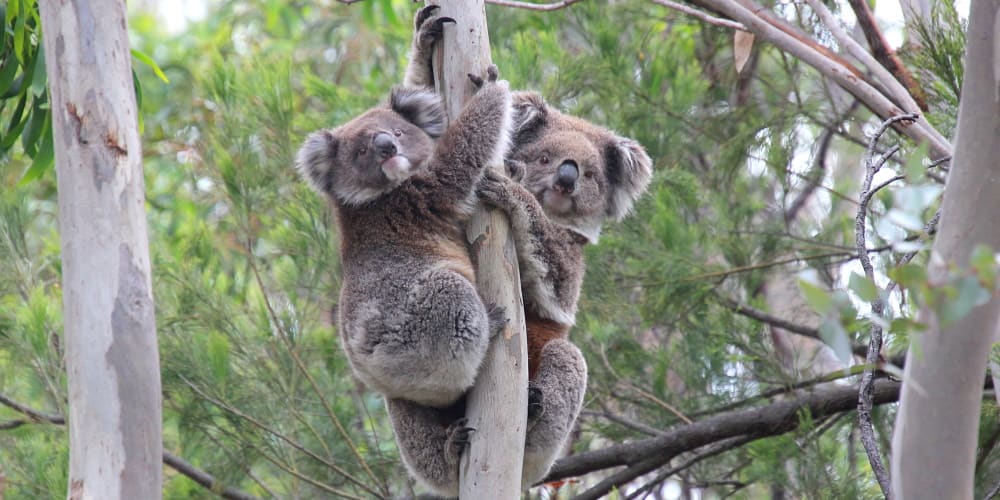 This joint statement is signed by: 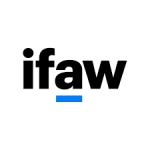 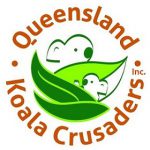 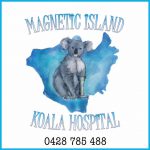 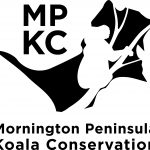 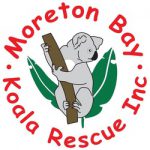 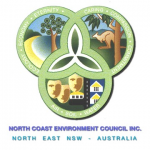 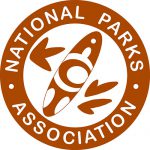 To add your group or organisation’s signature to this list email president@koalaclancyfoundation.org.au 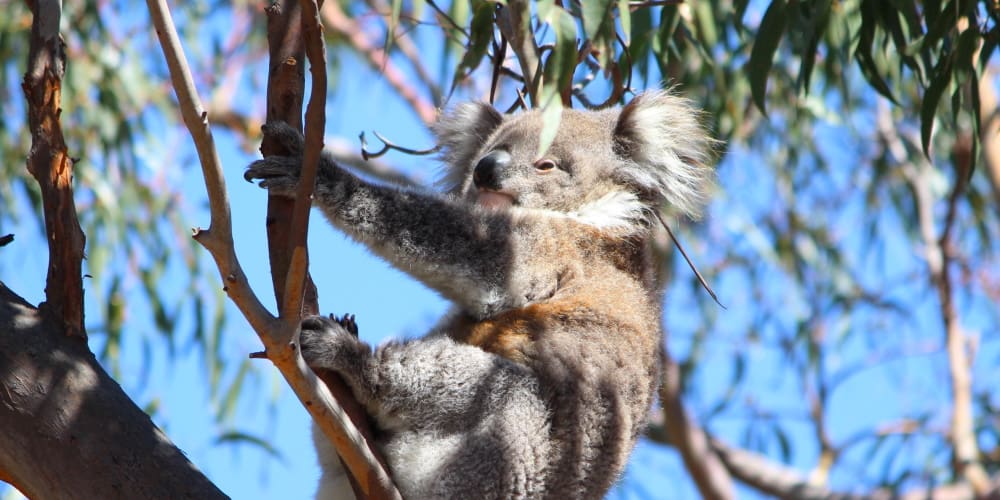 “I welcome the funding to help us better understand koala distribution and abundance. However, we already know that koala populations are in decline. Action to conserve koala habitat is needed now.” Dr Desley Whisson, Senior Lecturer in Wildlife and Conservation Biology, Deakin University

“I am terrified. Koalas are my life. For two decades I’ve watched them dying from drought, fire and loss of habitat. I do everything I can to help them – I’ve planted trees in the rain, in freezing cold, on the sides of steep hills, mud encrusted on my boots and gloves. I’ve involved my local community: 1800 volunteers helped me, just in the last year. But the federal government cuts down trees faster than we can plant.” Janine Duffy, President, Koala Clancy Foundation VIC

“This announcement is an insult to everyone who has volunteered or donated to help save our wildlife.” Janine Duffy, President, Koala Clancy Foundation VIC

“Minister, we plead with you. All these grassroots community organisations are volunteering day and night, desperate to protect koalas for the sake of all Australians. We do our best, but we feel like your government doesn’t see or hear us.” Janine Duffy, President, Koala Clancy Foundation VIC

“Counting koalas is like counting the deckchairs on the Titanic as it sinks. While the government does its research, the iconic animal is nearing closer to extinction,” IFAW Oceania Regional Director Rebecca Keeble

“We need to address the core threat to their survival which is loss of habitat and adopt a precautionary approach and give them the protections they need now before it’s too late.” Rebecca Keeble IFAW Oceania Regional Director

“The time for action is right now if we are truly committed to saving and protecting our koalas. Without habitat protections our koalas simply have no hope.” Linda Sparrow, President, Bangalow Koalas INC NSW

“Koalas are declining in most areas in Australia, with habitat loss the key reason for their decline. Until we halt habitat loss and start increasing available habitat there is very little hope for our koalas and many other species. Most of the remaining habitat is on private land and it is up to all of us to save them.” Dirk Jansen, President, Mornington Peninsula Koala Conservation VIC

“If we don’t stop the destruction, no amount of tree planting will reverse things enough for koalas to survive.” Katrina Jeffrey, Koala Gardens at Tuckurimba, NSW

“The minister must use the precautionary principle in all decision making and heed the concept of inter generational equity.” John McCarthy, Secretary, Kogarah Residents Association NSW

“As a Voice for Koalas in 2020, I speak up loudly to be a voice for the voiceless! Whilst we continue to talk, koalas are dying due to the increasing effects of habitat loss and fragmentation. A commitment must be made to STOP all Landclearing in critical koala habitat in order to save koalas and the many other species under their umbrella. It simply cannot wait for koala counts or bandaid measures that clearly are ineffective. The political will to make a difference starts now or never!” Meghan Halverson, President, Queensland Koala Crusaders

“Koala habitat protection is in fact the only credible policy that the federal government can enact to protect at-risk koala populations across Australia. Anything else is diversionary.” Libby Round, Chairperson, KOALA RESCUE, SA

“To date all levels of government have paid lip service to koala conservation. Community consultation has simply been a box ticking exercise rather than implementing actions that actually make a difference to the sustainability of koalas across their natural range. Everyone recognises the issues are complex and require a multi pronged approach. However, without a strong commitment to retain remaining koala habitat and increase the carrying capacity of secondary habitat all other measures are temporary fixes. This unique marsupial, an Australian animal icon and Queensland’s faunal emblem deserves so much more.” Vanda Grabowski, President, Koala Action QLD

“Despite predictions that Koalas could become extinct in the wild in NSW by 2050 the NSW Government has been hastening their extinction by systematically removing protections for occupied Koala habitat, in 2018 they removed the need to identify and protect high quality Koala habitat on public lands and are currently trying to remove protection for core Koala habitat on private lands.” Dailan Pugh, President, North East Forest Alliance NSW

“There has been enough time lost in data collection when it is clear to everyone on the ground that the threats to koalas stem from their ongoing loss of habitat. In order to reverse this trend immediate protection of the existing habitat and revegetation are essential. Development laws need to be changed to prioritise protection of native bushland. As we have seen climate change is not a future issue but is threatening the koala population now with a future of bushfires and droughts having a major and immediate impact.” Terri Harvey, President, Moreton Bay Koala Rescue QLD

“Too many koalas are being but cut off in urban areas with no escape from vehicles and dogs. We must consider their safe movement when removing any vegetation. Now is the time to do something to safeguard these animals. Until appropriate safeguards can be built into planning legislation and policies Australia will continue its history of having the worst rate of mammal extinctions in the world.” Robyn Jackson, President, Koala Action Gympie QLD

“As Federal Environment Minister, you should require that logging and clearing of koala habitat end now. Without this, the funds you propose are yet another exercise on a threatened species and its habitat while both are actively destroyed. The funds will be futile; the outcome tragic.” Frances Pike, Co-ordinator, Australian Forests and Climate Alliance

“The avoidable and prime cause of extinction is native forest logging and clearing. Unless this stops, providing funds for research or restoration can be seen as a delaying tactic. It simply delivers to loggers and developers an extension of time to keep logging/clearing the remaining habitat. It’s as outrageous as the salvage logging allowed in and around fire ravaged forests when 3 billion creatures have already died. Rather than ‘doing something’ for koalas, providing funds for research and restoration without first ending habitat destruction is to ‘doing nothing’.” Frances Pike, Co-ordinator, Australian Forests and Climate Alliance

“Twenty-first Century koala numbers in the Eurobodalla were already so low before the 2019-2020 wildfires that confirmed sightings were only occurring about twice per decade, however stories persisted of koalas on private property around Eurobodalla Road for example. So far, no reports have surfaced at Wamban or Nerrigundah (our current Commonwealth-funded habitat study patch) since the fires. If an extremely low-density population still exists, the intensity of future disturbance will decide its long-term survival. The cumulative impact of severe fires since 1952, combined with historical clearing on alluvials, rugged topography and low-nutrition soils on ridges, might mean the local population is already at risk of extinction. Severe wildfire is predicted to become more frequent. It could combine with further vegetation fragmentation or deterioration through dieback, urban expansion or over-exploitive agri-industry. In these circumstances, any positive conclusions in our study no longer apply.” Dr Keith Joliffe, Co-ordinator, Volunteer Eurobodalla Koala Project NSW

“We strongly support increased protection for this iconic species. With changing climate and increased human/ wildlife interaction Koalas face their biggest challenges yet. They need all the help we can give them and they need it now. Every Koala counts!” Ali Bee, Veterinarian & President, Magnetic Island Koala Hospital QLD

“The ACT is within “historic Koala range” although to my knowledge we haven’t had a wild population for decades. Perhaps one day they could again be part of our forest fauna if not driven to extinction by short sighted destruction of their habitat elsewhere.” Esther Gallant, President, National Parks Association of the ACT 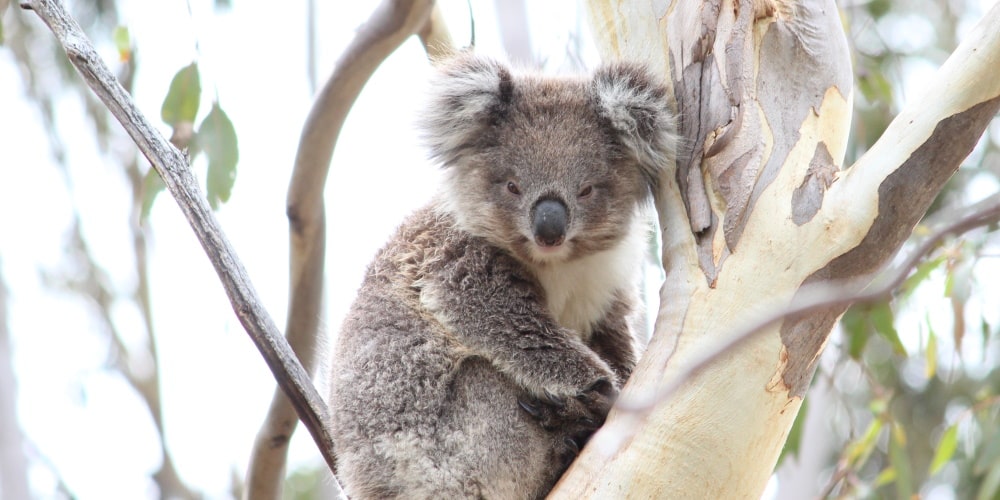